MEDA, a third environmental station developed by CAB to study Mars
Back 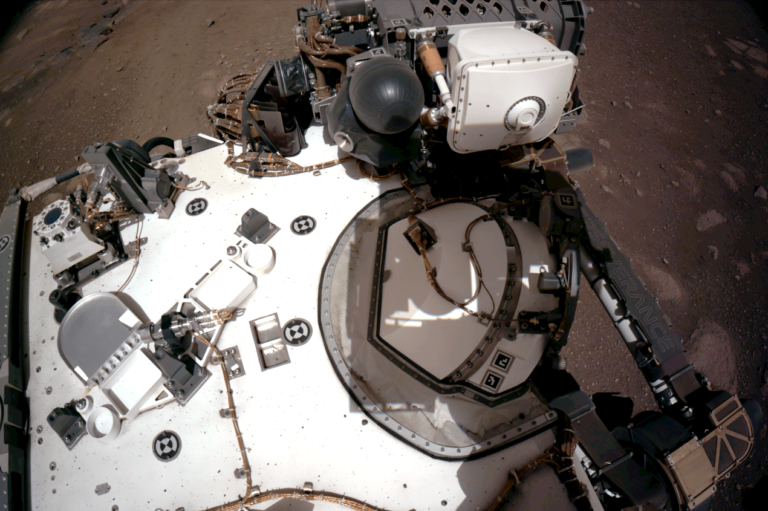 NASA’s Mars 2020 mission is part of NASA’s Mars Exploration Program and comprises the Perseverance rover, similar to the MSL mission’s Curiosity rover, and the Ingeniuty helicopter.

Mars 2020 is designed to study the geology of Mars and detect signs of life from the past. Perseverance will collect and store a suite of rock and soil samples so that they can be brought back to Earth by future missions. It will also test new technology that will serve as a basis for future robotic and human exploration.

Centro de Astrobiología takes part in this mission through the development of one of its instruments, the MEDA (Mars Environmental Dynamics Analyzer) environmental station.

MEDA, whose main objective is the environmental and dust characterisation on the surface of Mars, consists of seven sensors, distributed on the deck and the mast of the vehicle, which will carry out their operations in coordination with the rest of the instruments that form part of the mission. Specifically, these are:

All these sensors are controlled by the so-called Instrument Control Unit (ICU).

This project has had the Centre for the Development of Industrial Technology (CDTI) and the Ministry of Science and Innovation as funding agents.

In addition to MEDA, the Perseverance rover has six other instruments:

– Mastcam-Z, an advanced camera system that will allow panoramic, stereoscopic and xoom images to be captured.

– PIXL, an X-ray fluorescence spectrometer that will analyse the chemical composition of Martian surface materials.

– SHERLOC, a spectrometer that will provide images on a very fine scale and use an ultraviolet laser to analyse minerals and organic compounds.

– MOXIE, a technology demo that will produce oxygen from carbon dioxide in the Martian atmosphere that can be used by future astronauts.

– RIMFAX, a penetrating radar to analyse the geological structure of the subsoil.

But Spanish participation does not end with MEDA. The Perseverante rover has a high-gain antenna (HGAS, High-Gain Antenna System), similar to the one installed on the Curiosity rover. This antenna will allow the rover to communicate directly with the Earth and has been developed by a consortium formed by Airbus DS and Sener, with the CDTI as the funding body. 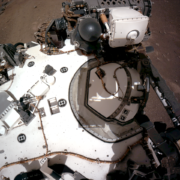 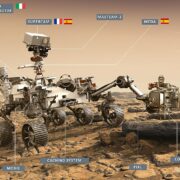 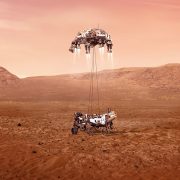 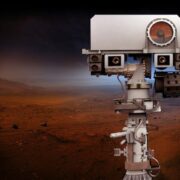