This Ph.D. thesis studies the chemical journey across our Galaxy, the Milky Way, of the carbon and nitrogen isotopes present in the gas and dust between stars, i.e., in the interstellar medium. An isotope is an atom of the same chemical element but with a different number of neutrons. In nature, the stable isotopes of carbon and nitrogen are 12C and 14N, the most abundant ones, and 13C and 15N, which have an extra neutron.  These elements can be created during the lifetime of stars, as well as during their death, after which they return to the interstellar medium and become part of the dense molecular clouds in which new stars and planets will form.

In this thesis work, the 12C/13C and 14N/15N abundance ratios have been studied towards massive molecular clouds, which are thought to be similar to the environment in which our Sun formed. In particular, by analysing observations obtained with powerful radio telescopes, such as IRAM 30m in the Sierra Nevada in Spain, the most important differences in the production of 14N and 15N during the life and formation of stars have been studied. Among the main results, a positive trend of the 14N/15N ratio with the Galactocentric distance has been found, and can be explained by an important production of 15N during the so-called novae explosions. The latter are the process in which low-mass stars belonging to a binary system, together with a red giant, die.

In addition, this thesis has provided important new input on the understanding of local chemical processes, i.e., towards individual molecular clouds, that favour the production of molecules with different isotopes in star-forming regions (e.g., N2H+ e 15NNH+, H15NC e HN13C). Finally, the observations have been compared with astrochemical theoretical models, developed by Dr. Laura Colzi, which led to the understanding of the results obtained by introducing new chemical processes, such as chemical reactions that form and destroy these types of molecules.

Part of the thesis work has been published in peer-reviewed scientific journal such as Astronomy & Astrophysics and Monthly Notices of the Royal Astronomical Society. 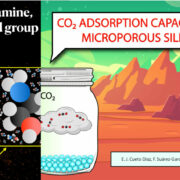 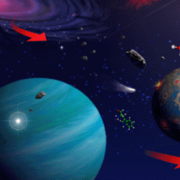 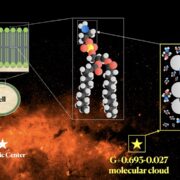 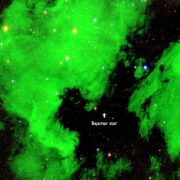