Back
A recent study ed by the Centro de Astrobiología (CAB, CSIC-INTA) has discovered that a young stellar cluster has expelled most of its recently formed massive stars. The stellar ejections took place in three close encounters between several of them that happened 1.9, 1.6 y 1,5 million years (Ma) ago, respectively. If this phenomenon is confirmed to happen frequently, there would be more neutron stars and black holes flying through the Milky Way than previously thought.

The North America nebula and the Bajamar star

Astronomers, as the rest of human beings, experience pareidolia, that is, we recognize visual patterns such as faces or known objects in random shapes. The most obvious astronomical examples are the asterisms of the constellations, to which names of persons, animals, or objects were assigned centuries or millennia ago. Other astronomical examples are the names of H II regions, gas clouds ionized by massive stars that have been recently formed from the gas itself and that emit huge amounts of ultraviolet radiation. In this study we analyze the region of the North America and Pelican nebulae (see figures 1 and 2), which are really a single nebula separated by a molecular cloud of cold and dense gas that forms the Atlantic Ocean and the Gulf of Mexico (following the geographic nomenclature that results from the pareidolia). The North America and Pelican nebulae are one of the massive-star-forming regions located closer to the Sun. Another recent study by the same CAB research team has recently determined that they are at a distance of 2600 light years. Despite their proximity, it was not until the first decade of this century that the massive stellar system responsible for the ionization of the nebulae was identified. That work, led in 2005 by the Spanish researcher Fernando Comerón, discovered that the responsible stellar system was hidden behind the Atlantic Ocean molecular cloud, which only lets one out of 10 000 visible-light photons reach us. The system that ionizes the nebulae was known by a catalog name, 2MASS J20555125+4352246, something normal for stars that were not known for a specific reason until that point. In 2016, another study led by the CAB research team christened it “Bajamar star” after the original name of the Bahamas, given its position with respect to the North America nebula next to Florida (figure 2). That study discovered that Bajamar is a binary system formed by two stars, one of which is the most massive star within 3000 light years of the Sun. If it were not for the obscuring molecular cloud, it would be a very bright star that would modify the asterism that gives name to the Cygnus constelation.

The Bermuda cluster and its escaping stars

Stars in general and massive ones in particular love company: it is rare to fin done that is born alone and they usually form in groups that originate in clouds and range from tens to millions of members. When such groups are gravitationally bound (that is, they orbit around a center), they are called star clusters. Surprisingly, Bajamar appears to be in the middle of nowhere, that is, it has no cluster around it. Using data from the Gaia telescope of the European Space Agency that measures the stellar motions in the plane of the sky, a U.S. team discovered a nearby cluster to the North of Bajamar (in the middle of the North Atlantic Ocean from which the star was apparently ejected, as it is moving away from it at a speed of 7 km/s. Given the position of the cluster with respect to the North America nebula, the CAB team christened it as the “Bermuda cluster” (figure 2). Such ejections had been previously seen in other clusters and they originate from the period immediately after their formation, when stars are tightly packed at the cluster core. Under such circumstances, it is possible that three (or more) of them get sufficiently close to each other that their mutual gravitational interaction accelerates them to great speed. This phenomenon was first detected in the 1950s when stars that moved at high speeds (more than 30 km/s) were seen flying through the Milky Way. Such objects were called runaway stars. There are currently around a hundred confirmed runaway stars but we suspect the real number of ejected stars to be significantly higher for three reasons: there is at least another mechanism that can produce a runaway star (when in a binary system one star explodes as a supernova, the companion can become a runaway), some stars are ejected at speeds of less than 30 km/s (Bajamar is an example, such objects are called walkaway stars instead of runaway stars), and until Gaia data became available astronomers did not have the means to study them in detail. If Bajamar had been ejected from the Bermuda cluster after an interaction with other stars, those should have also been ejected. Where are they? That is the question that the CAB team asked themselves at the start of this work. To answer it, the team compiled Gaia data from the objects around the North America nebula up to a distance of 700 light years and, in combination with other data, search for stars that could have been simultaneously ejected. To their surprise, they found not one or two additional ones but a total of nine ejected stellar systems. At least three of the systems (including Bajamar) are binary systems and there is evidence that an additional star has not been found, so the total number of ejected stars is 12 (or 13 if we include the missing one). The ejections were not simultaneous but instead they happened in three events 1.9, 1.6, and 1.5 million years (Ma) ago. Bajamar was ejected in the event from 1.6 Ma ago along with another four other stellar systems (cyan lines in figures 1 and 2). The Toronto star was ejected in the event from 1.5 Ma ago and is a system that includes the second most massive star born in the Bermuda cluster. The ejection velocities (in the plane of the sky) range from 5 km/s to 100 km/s, so some of the ejected stars are runaways and some are walkaways. The fastest moving star, HDE 227 090, has travelled 500 light years since its ejection. The ejected stars include the three most massive stars born in the cluster and seven out of the nine most massive.

Why is this important?

In the first place, because such a phenomenon had not been observed before. Some clusters with a few ejected stars of a range of masses were known but there were no known cases in which the majority of the massive stars of a cluster had become runaways or walkaways in a brief period of time (400 000 years is not much in a stellar lifetime). For that reason, the CAB team has called the Bermuda cluster an “orphan cluster”, after having lost its “elders”. How common are orphan clusters? At this point we do not have an answer to this question, as this is a new phenomenon that we are just starting to explore with new means (Gaia). Having said that, the fact that the most massive star within 3000 light years is responsible for orphaning a cluster leads us to think that the phenomenon may not be so strange after all and that we simply had not noticed it before. How could that be? First, because the detection of runaways and walkaways before Gaia was difficult. Second, because massive stars have short lives (from 3 to 30 Ma) and when they die they explode as a neutron star or as a black hole, objects which are much harder to detect than normal massive stars, which are the most luminous of all. Therefore, if we observe a cluster which is, let’s say, 50 Ma old, it could be an orphan cluster whose massive stars had exploded long ago hundreds or thousands of light years away without leaving a trace in the cluster itself. If orphan clusters are common in the Universe, there is an important consequence. Our models of star formation, calibrated against the existing observations, would not predict the correct number of massive stars born per unit time. There would be more and their remnants (neutron stars and black holes) would be moving through the Milky Way at high speed after having been ejected from their orphan clusters. The multiple ejection of stars from a cluster has another consequence. The CAB team estimates that the Bermuda cluster has formed 400-500 solar masses of stars and that the ejected stars have carried away 200 solar masses. Therefore, the cluster has lost 40-50% of its stellar mass. Under such circumstances, dynamical models predict that the cluster cannot remain bound, that is, that is lacks sufficient mass to keep itself together and must slowly disperse. Indeed, that is what is observed, as the current members of the Bermuda cluster are slowly drifting away from each other. Last but not least, it is unclear that we have found all of the stars ejected from the Bermuda cluster. As already mentioned, there is at least one star missing from the vent from 1.9 Ma ago. Other ejected stars could have already exploded as supernovae. One of them could have been the one that produced the Cygnus loop or Veil nebula, a supernova remnant that exploded 10 000-20 000 ago. It is located at a distance similar to that of the North America nebula, just outside the field of figure 1 towards the south. The Bermuda cluster and the Bajamar and Toronto stars form a triangle in the sky that is leading to stars disappearing from the cluster. Sometimes, earthly mysteries are replicated in the heavens. 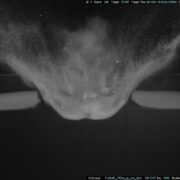 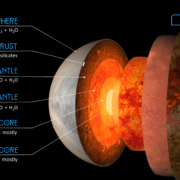 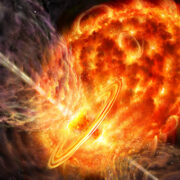 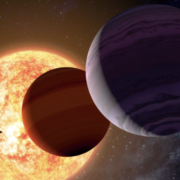