CAMELIA investigates the atmospheric cycle of mineral aerosol transport on Earth and Mars, to assess its implication for life, atmospheric photochemistry, climate and planetary protection.
Back 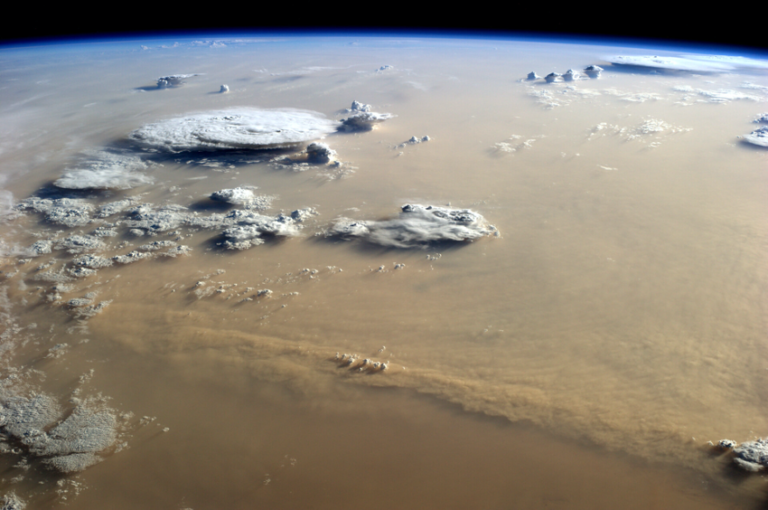 CAMELIA is a coordinated project funded by the Plan Estatal de I+D+i 2019 (State Programme for the Generation of Knowledge and Scientific and Technological Strengthening of the R&D&I System).

Thirteen people are involved in CAMELIA-ATM:

Ten people are involved in CAMELIA-MICRO:

CAMELIA seeks to analyse the implications of atmospheric aerosol circulation for planetary protection, the water cycle and climate, bioburden transport or atmospheric photochemistry on Mars, based on analogous research in the Earth’s atmosphere and laboratory experiments. This circulation could transport, protect, generate or destroy biomarkers and interfere with the search for life on Mars. CAMELIA is a coordinated project between an atmospheric physico-chemistry project, CAMELIA-ATM (INTA), and a microbiology project, CAMELIA-MICRO (CSIC).

Airborne aerosol transport through the atmosphere, adaptation mechanisms and the possibility of overloading Mars with air-dispersed biological material, probably carried by mineral dust particles, have not been investigated to date. Such transport may affect Planetary Protection and compromise research on the presence of life on Mars. This project will use existing Earth and Mars aerosol observation and monitoring platforms, global and local circulation models and radiative transfer models to assess the possible airborne dispersion of terrestrial bioburden within aerosols from a Mars landing site to the rest of the planet. The role of aerosols in the radiative balance in relation to Climate Change and the water cycle will also be compared.

Complementarily, we will use planetary chamber simulations such as PASC and chemical synthesis experiments to mimic some of the conditions that terrestrial molecules, spores and cells would experience on Mars, and the molecular photochemistry of organics in the Mars atmosphere.

On the other hand, we will investigate on Earth, through collaboration with the CAMELIA-Micro project, the survival mechanisms of airborne micro-organisms on Earth. Micro-organisms in the atmosphere are subjected to intense UV radiation, low pressure, lack of water and nutrients, and very low temperatures, which makes them extremophilic micro-organisms. It is precisely this type of micro-organisms that are of most concern in the field of Planetary Protection, as they are highly resistant and ubiquitous on our planet. Therefore, we will evaluate the mechanisms of transport and survival of microorganisms in dust particles. Aerial samples will be taken on Earth and we will study how mineral aerosols can protect microorganisms as well as the natural protection mechanisms of these species.

Research will also be carried out on how dust aerosols (minerals) can act as surface catalysts for certain abiotic reactions that induce the production or destruction of organics, compromising the detection of biomarkers on Mars.

Reactivity of Cyanide at Water-Ice Interfaces: Implications for the Search for Organics on Icy Worlds
READ MORE >>