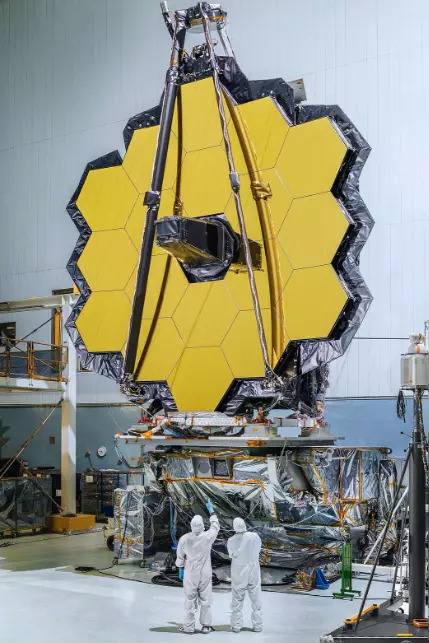 CAB research teams have received continuous funding since 2001 from different national and international research programme projects. At present, the main sources of funding are the following projects and contracts:

The James Webb Space Telescope (JWST) is a 6.5-metre optical/infrared space telescope. It was launched into space on 25 December 2021 on an Ariane-5 rocket from Kourou, French Guiana. Considered the successor to Hubble (it will be 100 times more powerful), the JWST is a joint collaboration of NASA, ESA and CSA (Canadian Space Agency).

With unprecedented infrared sensitivity, it will be able to look back in time more than 13.5 billion years to see the first galaxies that were born after the Big Bang. It will also study the protoplanetary discs that gave rise to planetary systems such as the Solar System, and investigate the atmospheres of some of the planets already identified.

JWST will orbit the Sun at 1.6 million km from the Earth, at the so-called L2 Lagrange point. Hubble, by comparison, orbits 560 km above the Earth.

JWST features several innovative technologies, such as a primary mirror consisting of 18 individual segments (Figure 1) that will be deployed and adjusted with very high precision after launch. Another highlight is the five-layer, tennis-court-sized sunshield (Figure 2), which keeps the telescope and its instruments at a temperature of about -235°C.

Centro de Astrobiología is significantly involved in two of these instruments:

– MIRI (Mid InfraRed Instrument – has been built by a consortium of European research institutes, the University of Arizona and NASA. Spain has been a member of the European consortium since 2001. The national team is made up of scientists and engineers from INTA (Instituto Nacional de Técnica Aeroespacial), and scientists from CSIC (Consejo Superior de Investigaciones Científicas). The INTA engineering team developed the MIRI Telescope Simulator (MTS), a ground calibration rig designed to simulate the JWST signal in deep space conditions (high vacuum and temperatures of -100 degrees Celsius). The MTS was used in all calibration tests carried out at the Rutherford Appleton Laboratory (RAL, UK, Figure 3) prior to the final delivery of the instrument to NASA. MIRI will be able to probe the far reaches of the universe, detecting and characterising the first galaxies and quasars. It will investigate the early stages of star formation and planetary discs around them. It will also be able to detect and characterise the chemical composition of exoplanet atmospheres.

– NIRSpec (Near InfraRed Spectrograph – Espectrógrafo infrarrojo cercano) has been developed by ESA, with Astrium/Airbus as prime contractor and with advice from a group of European scientists (NIRSpec Instrument Science Group). It is the first multi-object spectrograph for a space telescope, and will be capable of simultaneously observing more than 100 objects. It will also be able to perform 3D spectroscopy, obtaining 900 spectra at a time from different regions of large objects such as galaxies and nebulae. It has a sensitivity for detecting infrared light far superior to that of any other instrument ever built, allowing it to observe the first luminous objects that emerged after the Big Bang. It will be able to study how galaxies formed, and how they have evolved throughout the history of the Universe. It will also be able to obtain, in unprecedented detail, the properties of planets outside the Solar System, characterise their atmospheres, and investigate the possible existence of components essential for life.

National participation in the JWST is concentrated at the Centro de Astrobiología. The consolidated team is made up of the national principal investigators of each instrument, staff scientists and postdoctoral fellows associated with the project. In detail:

Prof. Santiago Arribas Mocoroa, member of the ESA scientific team for the NIRSpec instrument (NIST-NIRSpec Instrument Team). He coordinates the “Galaxy Assembly – IFS” program for the study of galaxies in the early Universe by 3D spectroscopy, and participates in other extragalactic programs such as JADES (NIRCam-NIRSpec), Cosmic Reionization, and Nearby Galaxies.

Dr. Álvaro Labiano Ortega, member of the calibration group and in-flight commissioner of MIRI. Coordinator of the intermediate resolution spectrograph subgroup (MIRI/MRS). Member of the MIRI High-Redshift Universe and Nearby Galaxies science groups.

Dr. Michele Perna, member of NIRSpec’s GTO group, and responsible for the 3D spectra processing team. He participates in several scientific programs of NIRSpec, among which stands out the one related to the study of intense star-forming galaxies and distant active nuclei by means of 3D spectroscopy. He is also a member of the extragalactic program JADES (NIRCam – NIRSpec).

Dr. Pablo Pérez Gonzalez, Spanish scientific co-investigator of the MIRI instrument. Member of the MIRI scientific group of High-redshift Universe. Co-I of the Cycle 1 (ERS) CEERS program and member of the NIRSpec GTO group for the Galaxy Assembly – IFS program.

Dr. Bruno Rodríguez del Pino, member of the calibration and in-orbit verification team of the NIRSpec instrument. He participates in several GTO NIRSpec projects, among which stands out the one related to the study of distant galaxies by 3D spectroscopy. He also participates in other extragalactic programs such as JADES (NIRCam – NIRSpec).

Other news from NASA, ESA and Space Telescope Institute (STScI) 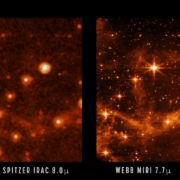 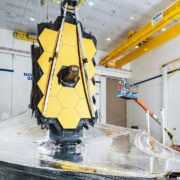 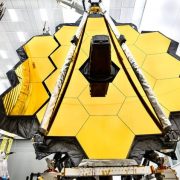 The JWST Extragalactic Mock Catalog: Modeling Galaxy Populations from the UV through the Near-IR over 13 Billion Years of Cosmic History
READ MORE >>

The Mid-Infrared Instrument for JWST, I: Introduction
READ MORE >>